HOT! HOT! HOT! With getting up so early to try and beat the heat in Utah, we did not have enough time to get a blog out in the morining, so we decided to combine the two.

Our plan was to leave from Colorado Springs and drive through Denver and on to Moab, UT in one day, but after looking on our trip plotter, we noticed that the mileage was a bit off. That said, we decided to look for an RV park about 15 miles to the west of Denver.

We made our first stop at Chick-fil-a on this trip.  After eating the amount of McDonald’s biscuits that we have, it made the meal fantastic to the taste.  With everyone satisfied and possessing a full stomach, we went across the street to the Denver American Girl store for Mackenzie to buy a city shirt for her AG dolls. She collects them when we go traveling and so far she has Atlanta, Charlotte, Columbus, and now Denver. 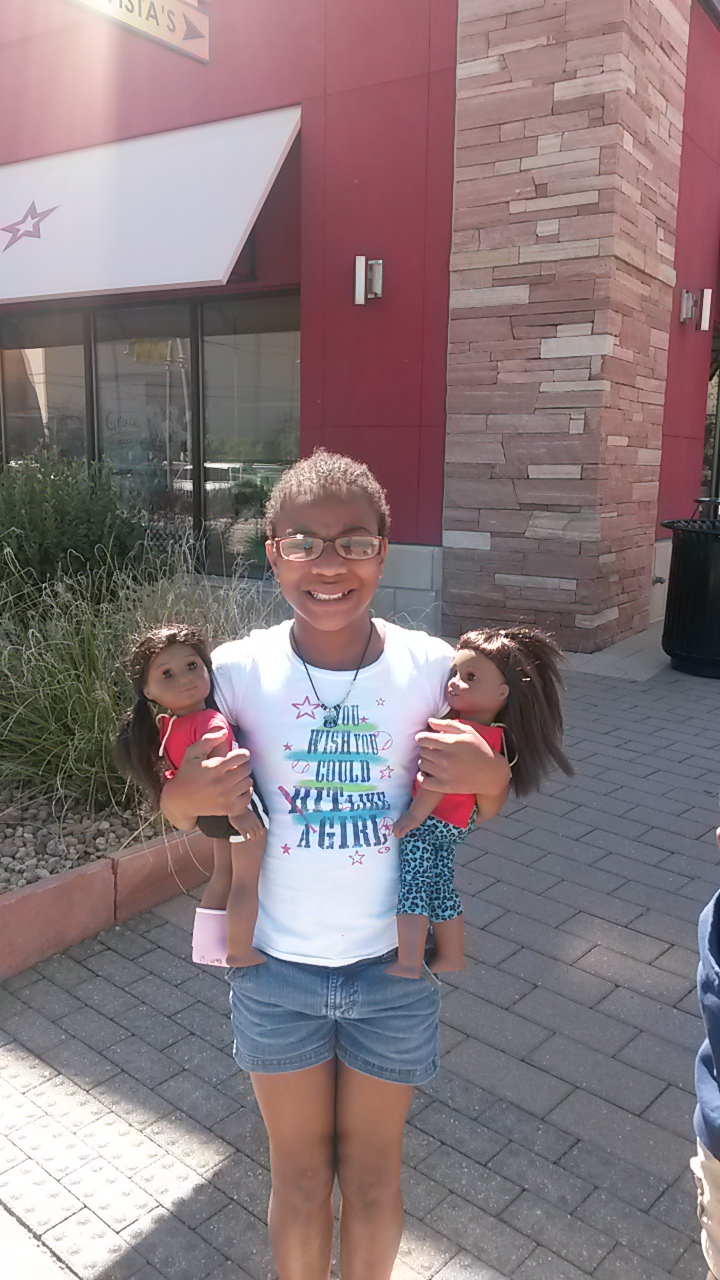 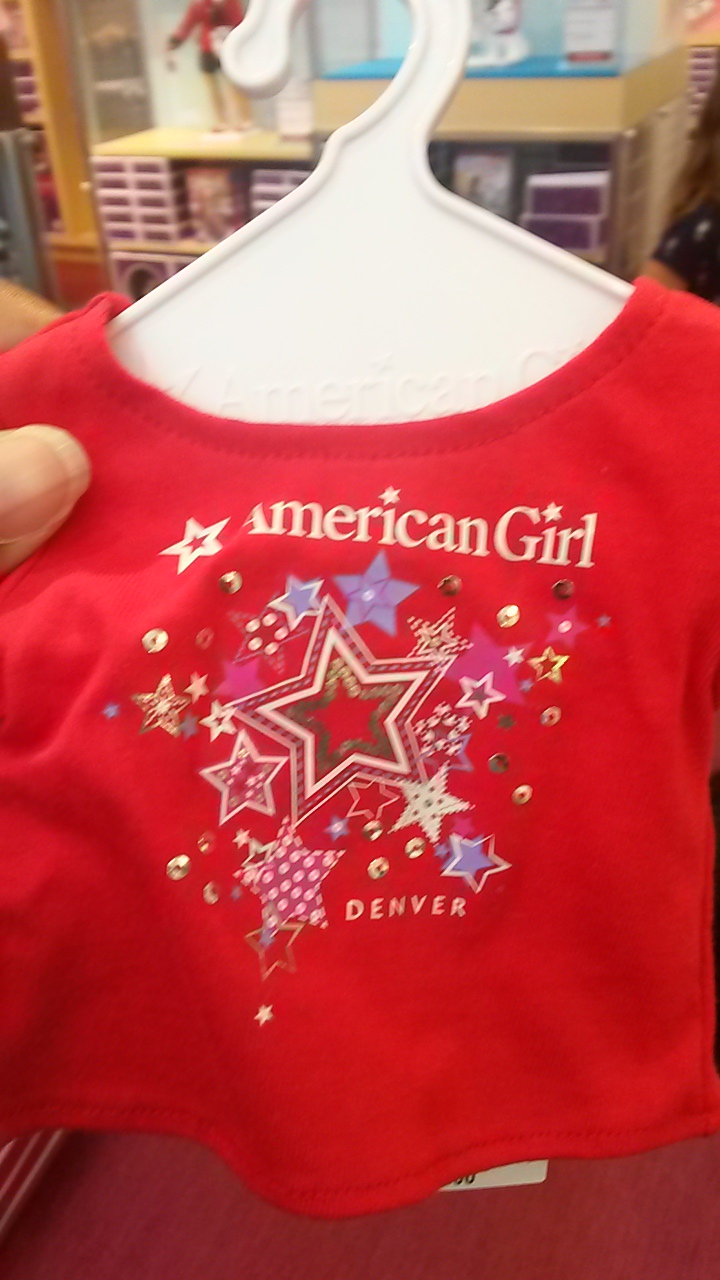 Our next stop was to the world famous Hammond’s Candy Factory.  We were able to take a tour through the facilities and even got some free broken or over made candy.  The kids couldn’t help but to be jealous thinking that the workers could eat all the candy they wanted. 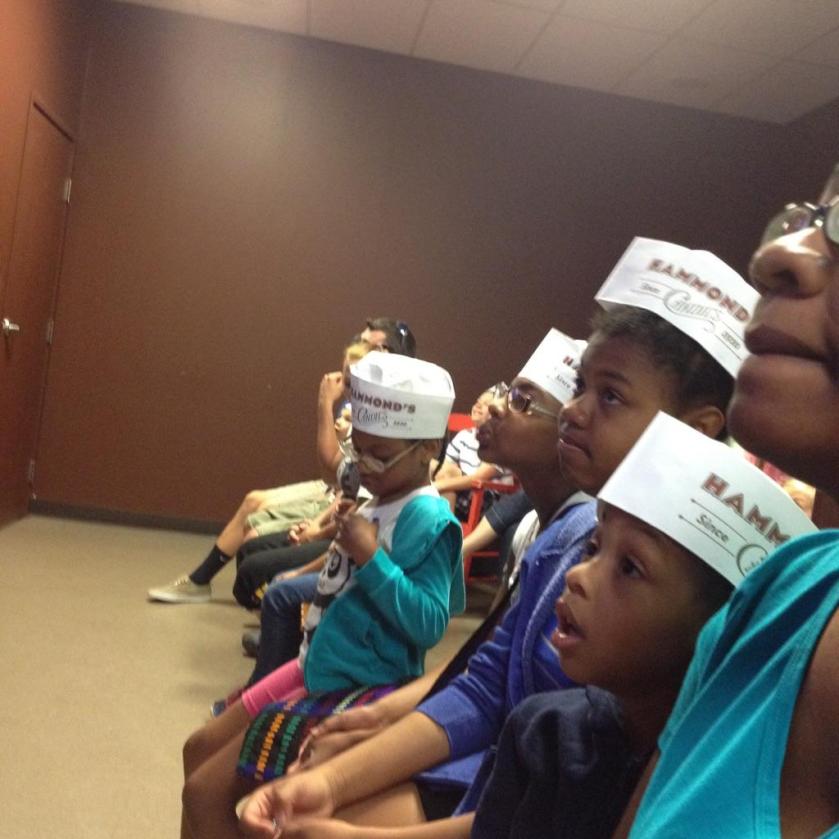 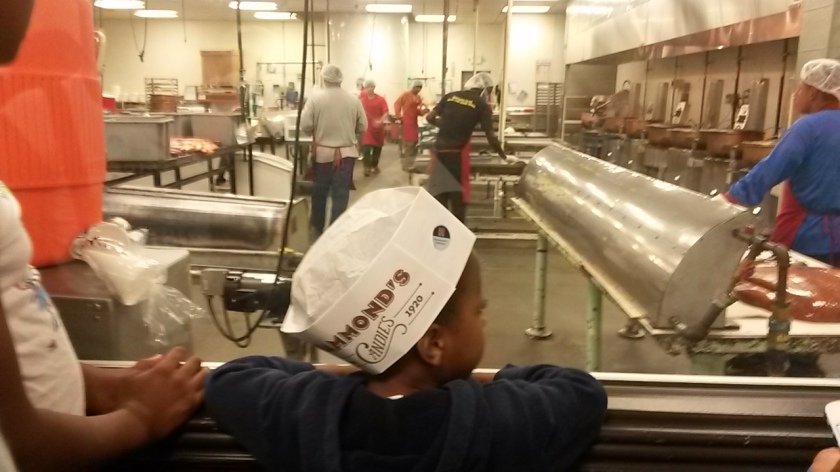 At our stop for the night, we met a nice couple and their son from California.  They were full timers so we picked their brains about the best routes and best sites.  They confimed that all of the research that Kelly has done will pay off as they noted that the campsites we have reserved are all great ones. The son is in charge of the Sweeney Todd production in Bakersfield and offered us tickets, if we could make it there.

One guy we met was from Montreal, Quebec.  While WIlliam doesn’t remember a whole bunch of French, he had enough to have a simple conversation with him.  The man informed William that he was “unique”, so we assumed that he meant because he speaks some French and Spanish.  The guy went on to say that we are unique because in his many years of RVing, we are only the 2nd African American family that he has seen on a site.  It’s neat to know that we are doing something, as we have been told a few times, that many families like us don’t do often.

The next morning we journeyed to Moab, UT requiring us to travel some serious mountain inclines.  We went up from an already high 7,800 ft to over 12,000 ft. It seemed like we just climbed and climbed for forever, although it was only an hour.  Although we were not fans of the stress we thought would be on the truck going up, we certainly were not prepared for the 4 mile-6% grade and the 6 mile-7% grade going down.

We were not able to catch a picture of another sign but it sums up the gravity of the decline.  It read: “Don’t fool yourself truckers.”

Obviously, we made it over the mountains and the frigid 41 degree temps…. 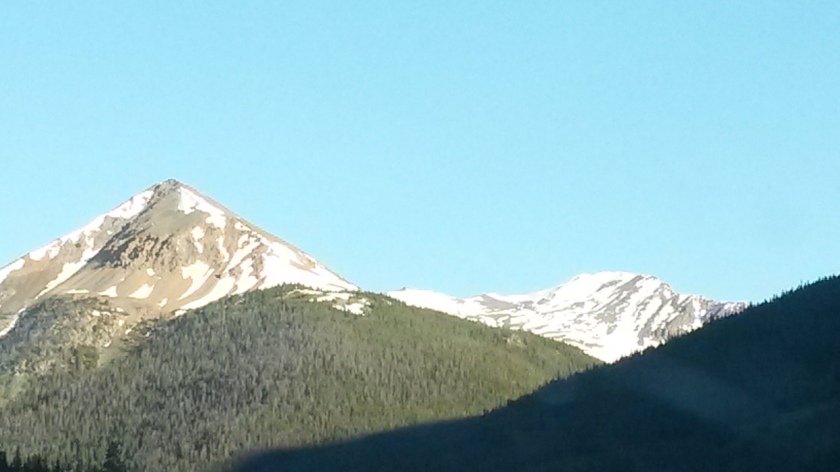 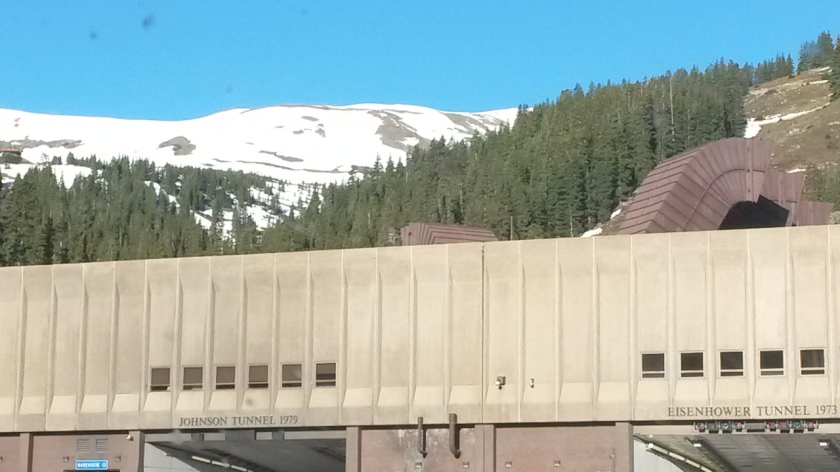 …and right in to +90 degrees, as we got into Utah.  All of the kids except Mackenzie, of course, bailed on getting out for the picture.  They claimed it was too hot.

Before the day was over, we would see 104 degrees and hearing that 110 was on the horizon.

We took the kids to 7-eleven to have their first Slurpees! Needless to say, they liked them. 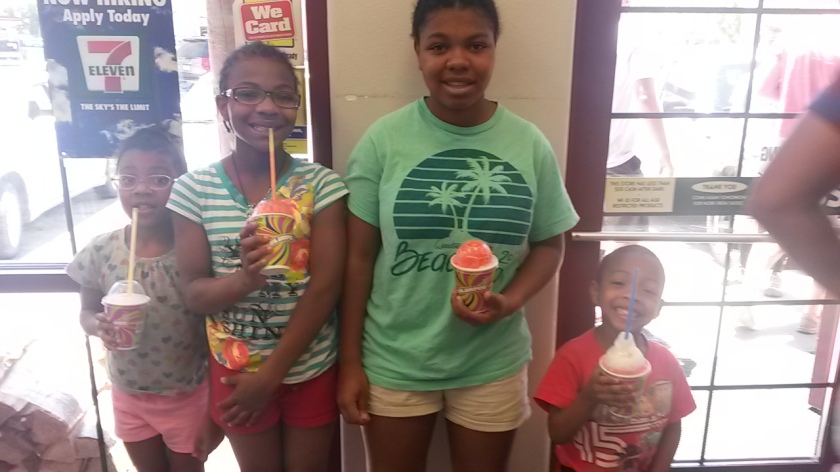 We’re still all adjusting to the time difference, William woke up at 4:45 this morning and the sun was coming up! Not used to that part yet but we’re getting there! I’m sure when we get used to it, it’ll be time to head back east…

We're a little family who loves to travel! View all posts by Thomas6Travels